Gaudeamus Igitur
Latin: " so let us rejoice", an ancient academic drinking song now popular as a graduation hymn, whose text pokes fun at university life and urges students to enjoy life while they can.

claret-colored
A deep purplish red. Claret is also the name of a wine that is produced in the Bordeaux region of France and slang for 'blood'.[1]

fuller's earth or sawdust
Fuller's earth is an absorbent clay that is used in talcum powder. Sawdust and chalk (talcum) are used by tennis players to keep their grip dry. [2]

shifted antigens
An antigenic shift generally refers to the medical term that explains how two strains of the influenza virus join together to form a new subtype and, in turn, become more virulent. The new subtype has a mixture of the antigens from the originals. An antigen is the substance that stimulates the immune system. [3]

It's used here to refer to rumors about severe weather and the Quebec Junior Team. These rumors undergo an antigenic shift as they circulate around the locker room. They combine and are reconstituted as a new rumor before being returned to the rumor's originator.


the Csikszentmihalyi kid was doing a kind of piaffer
A piaffer is a trot in place where the legs are lifted high. This type of trot is usually done by a horse, but it's part of the 'Csikszentmihalyi kid's' pre-game ritual to stretch his hip flexors.


The name Csikszentmihalyi may be a humorous nod to the Hungarian psychologist Mihaly Csikszentmihalyi who is noted for his work in happiness and creativity. He is known as the world's leading researcher on positive psychology and proposed the concept of Flow. Flow is the mental state whereby a person is fully immersed and focused on an activity (such as Tennis). [4]


hip-flexors
the muscles that move the hip

an ascot or a very fey tie
An ascot is a scarf or tie with broad ends typically worn for formal occasions[5]. If the tie very fey, it is excessively refined [6] or fancy to the point that it could be confused with an ascot.

astringent
a substance or preparation, such as alum, that draws together or constricts body tissues and is effective in stopping the flow of blood or other secretions

invoking Camilla, goddess of speed and light step
Camilla of Volsci, a heroine from Roman Mythology, found in Virgil's prose and ancient pottery paintings. Virgil claimed Camilla was so fast that she could run across the ocean without wetting her feet and across fields of grain without bending the grass. [7] To 'invoke' is to petition for help with an incantation.[8]

Hal
who is clearly not narrating anymore, unless he is speaking of himself in the third person

malleolus
a bony lump on the side of the ankle

occluded
Closed off, shut in, or blocked off [9]

It is also worth noting that the Fourier transform converts a signal from the time domain (that is, that the signal is a function of time) to the frequency domain (no longer a function of time but of frequency, the function being composed of wave functions). The implication being that all the "postures and little routines" are composed of repeated actions (analogous to the waves that make up a Fourier series) and can be expressed in a time independent manner.

ingenuish
in the manner of an ingenue, an innocent young woman

Not necessarily a woman. The French word ingénu (masculine) / ingénue (feminine) can apply to males and females.

moribund
nearing death or in a terminal decline [11]

ciquatoxic
An alternate or mispelling of 'ciguatoxic'. Reef fish can carry ciguatoxins, which cause ciguatera food poisoning [12] in humans who consume the contaminated fish. These toxins may be specific to certain reefs, are concentrated up the food chain and as such are more likely to be present in larger reef fish, and cannot be destroyed by cooking and freezing. For more, see here.

Carmelite
a member of the Order of the Brothers of Our Lady of Mount Carmel, a Catholic order.

liniment
a liquid preparation rubbed into the skin or gums as a counterirritant, rubefacient, anodyne, or cleansing agent

reading his hours
The Liturgy of the Hours is the set of daily prayers prescribed by the Catholic Church as part of the canonical obligation of those ordained as deacons. The prayers take place throughout the day: Matins or Vigils, during the night; Lauds or Dawn Prayer; Prime or Early Morning Prayer; Terce or Mid-Morning Prayer; Sext or Midday Prayer; None or Mid-Afternoon Prayer; Vespers or Evening Prayer; Compline or Night prayer.

practicum
the student-teaching portion of a teaching education

Jesuitical Endeavors
An endeavor is a purposeful undertaking that requires boldness. Jesuitical endeavors are those undertaken as part of a Jesuit ministry.

Numero Uno
Spanish for Number One, used here as an expression to mean concern about only oneself.

Flexor carpi ulnaris muscle
Muscle in the side of the forearm, used to twist the hand side to side, thus important when tossing playing cards.

ineluctable
incapable of being avoided or changed

Apologia
An Apologia is a defense of one's beliefs, religious or other. Here, Barry is out of his league in his ability to put up a good defense of the religious beliefs that may help get his brother out of his own spiritual funk.

not that much unlike Alyosha and Ivan's conversations in the good old Brothers K.
The Brother's Karamazov is a novel by Fyodor Mikhailovich Dostoevsky (1821-1881). Ivan and Alyosha, main characters in the novel, are siblings. Alyosha has a faith in God that manifests in a love of mankind and Ivan is a rationalist who is burdened by his inability or unwillingness to believe in a God that could preside over an unjust world. In the novel the brothers, Ivan and Alyosha, discuss their opposing beliefs.

mufti
civilian dress; also a name for a type of Muslim scholar

the then-Head Trainer suffered the terrible accident […]
this has got to be Lyle, who came back as a wraith. He can levitate, licks sweat off people (he died of dehydration), talks about death, can visit Gately in the same way as Himself’s wraith.

ham
an actor who is bad by virtue of over-acting

confiteor
a prayer of confession of sins

gram-negative
This refers to a bacterium that does not show up in a violet stain using Gram's method; in other words, the doctor suspects that Gately has a particularly resistant strain of bacteria within his body, which previous antibiotics given to him have been ineffective in eliminating. 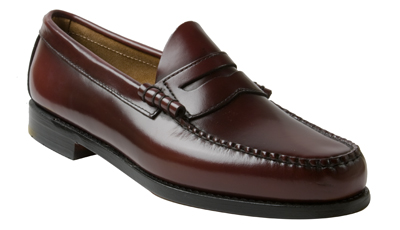 "The contorted face... "
The painting of Whitey Sorkin is the same one that had Hal "popping Nunhagen compulsively until his ears started ringing" when it appeared in the advertisement for Nunhagen Aspirin Co. created by Viney and Veals Advertising. See footnote 162.

2500-IU ampule
IUs are international units, which converts to metric depending on the substance.

Not sure this is relevant, but the word also contains vestal, as in the Roman priestess, quite the opposite (trans-) of what these people are.

Sorkin had given Bobby C. free rain
Could be a misspelling of free rein (permission to do as he pleases), but it could also be a pun since Bobby C. is effectively getting rain (massive amounts of drugs) for free.

Exocet
a type of missile

antagonists
a drug that acts against an agonist, i.e., a drug that stimulates a certain receptor

"....somebody had taken an old disk of McCartney and Wings [...] and run it through a Kurtzweil remixer and removed every track on the songs except the tracks of poor old Mrs. Linda McCartney singing backup and playing tambourine"
An alleged isolated vocal track of Linda McCartney singing along to "Hey Jude" at a concert did circulate, but the production itself may have been a hoax. For more, see here. Kurtzweil appears to be a misspelling of Kurzweil, referring to Ray Kurzweil, an inventor in audio and speech technologies, artificial intelligence, and futurist author. See [13].

PX
with a pharmaceutical as part of the name, it means it contains pentazocine

"...the one about ultraviolence and sadism."
Gately is thinking of Stanley Kubrick's 1971 film "A Clockwork Orange."

"...the last thing Gately saw was an Oriental bearing down with the held square and he looked into the square and saw clearly a reflection of his own big square pale head with its eyes closing as the floor finally pounced."
See page 934: "He dreams he looks in a mirror and sees nothing and keeps trying to clean the mirror with his sleeve."